Venner Limousin enjoyed another successful show season this summer, displaying a few of our animals at the Iowa State Fair in Des Moines as well as at the Midwest Fall Classic, held annually at the Clay County Fair and billed as “The World’s Greatest County Fair” in Spencer, Iowa.  At the Iowa State fair we were honored to have exhibited the Reserve Grand Champion Purebred Bull with JBV Wind Talker 316A, Reserve Grand Champion Lim-Flex Bull with JBV Boomer 331A and Reserve Division II female with JBV Raspberry Swirl 332A.  Wind Talker was Iowa Champion Bull.  At the Midwest Fall Classic, Raspberry Swirl was Grand Champion female with JBV Elizabeth 404B filling the Reserve Grand position.  JBV Wind Talker was selected as Grand Champion Bull.  Venner Limousin was privileged to be the Premier Breeder as well as the Premier Exhibitor in the Limousin Show.

While we do not specifically breed for show cattle, exhibiting our animals is an important part of our operation in that it allows us to put our best on display to the public.  Even more important participating at these events allows us to visit with our friends and customers.  A big thank you to all who stopped by at our stalls, whether to look at the cattle or to just visit. 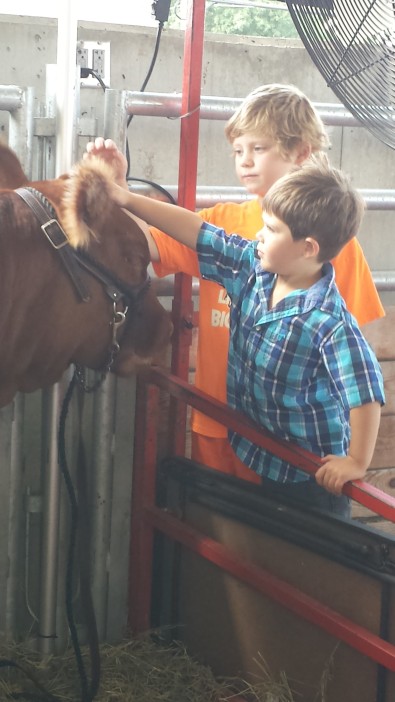 Cullen and Wyatt making friends with Raspberry Swirl at the state fair. 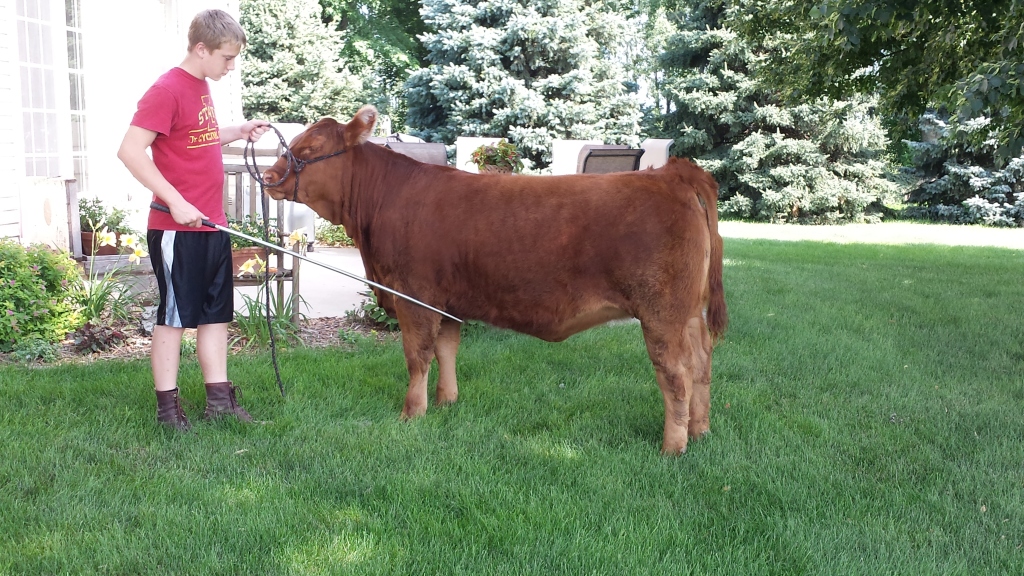 Braden exhibited Raspberry Swirl at the state fair.  Grandma says he has to practice at home first!

JBV Wind Talker 316A was Reserve Bull at state fair and won the show at Spencer.  He is a US Army General son and will be offered for sale this coming winter.

JBV Boomer 331A was Reserve LimFlex bull in Des Moines in his only outing and will be offered for sale at the 2015 Iowa Beef Expo.

JBV Raspberry Swirl 332A was Champion Female at the Fall Classic and reserve division in Des Moines.  She is a Wulfs Yankee daughter out of SL Black Betty and we feel is a potential donor. 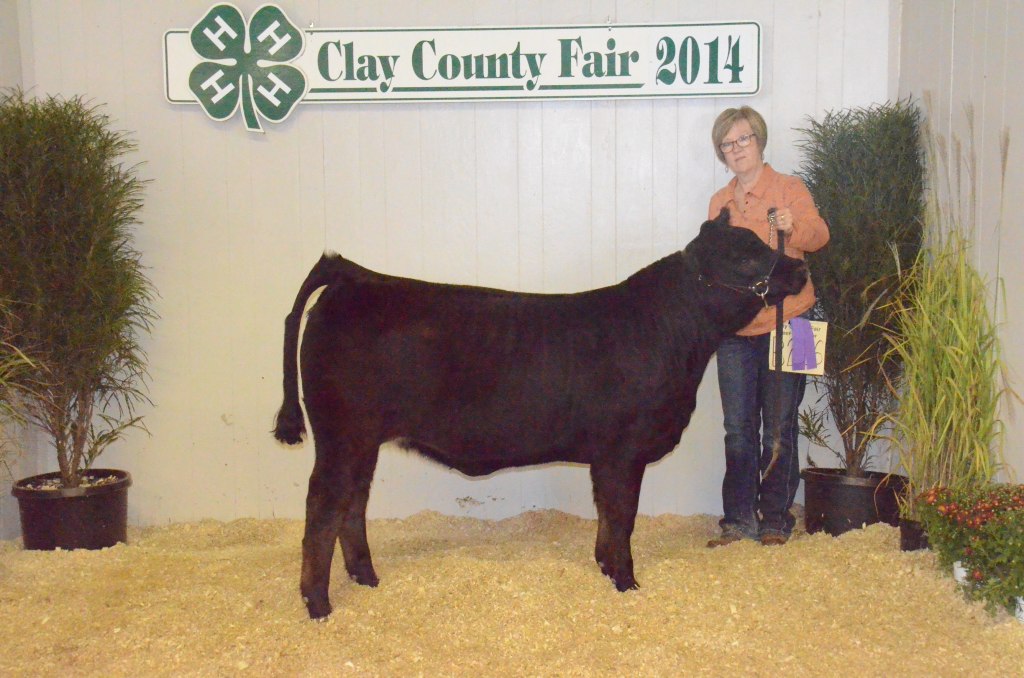